Gundam Seed Destiny as a 3D model. This project is a combination between a "dream comes true" ambition and "i want my credit" ambition.

On one side i give all my effort to make this project as good as it can get, but on the other side, i don't have much time for that.

I work with 2 other colleague on this project, and the main idea behind all of this, is actually a nursery or a play room or whatever you can say it. It's a room where a child used to play with his toy.

Well actually i'm expecting a space for this with lots of space station, space shuttle and something like that, but then again, i am in a group for this project, and i am not the only one that makes decision. We choose the easiest way to finish this project because for the other, the credit is more important. 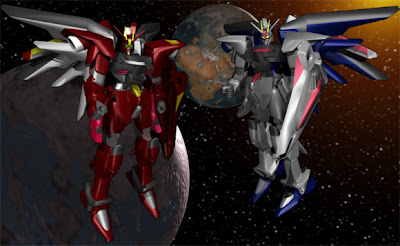 I think my interest on CGI come from Warcraft 2 - Tides of Darkness. At that time, i really want to be one of Blizzard employee and participate on developing the cutscene. Why i choose to studying Multimedia Computer Science, is all about 3D, CGI and something like that.

Now i realize that my major is not only about 3D, but a lot more than that. And i realize too that i'm actually not so good on creating, designing and developing a 3D Animation. As i make the proposal for the project, i already realize that my model will be a though one and i will need to invest times for this one. But i don't care, this is a dream come true, it can't be better than that.

The first month filled with Tutorials, brain storming, creating story board, and collecting/finding materials to be modelled. Well i'm not so good on drawing objects or pinch the object out of my mind, so i buy this plastic toy from ebay to be used my model. 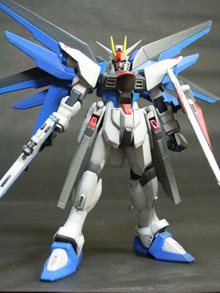 For just €20 and 2 weeks of waiting patiently i have my Freedom Gundam. Well Freedom come from Hongkong thats why i must wait for 2 weeks.

The model is not enough. I need a tools, and reference. For tools our CGI Labor have 2 kind of 3D modeling software: Our group choose Lightwave, because at that time, there is more tutorial scattered around Multimedia Students on campus. For literature reference i use Inside Lightwave from Dan Ablan.

I surfed the internet and hoped that i can find someone that already have a project about developing a Gundam 3D model. And that is how i meet Ivan Sanchez. At that time he is working as an English Teacher in Japan and modeled the Gundam on his free time. He help me a lot in Texturing and Lightning technique. 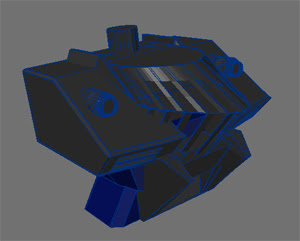 The cockpit part is a little bit hard to modeled, because it has an elipse area. I need a little bit more polygon and subpatched it to make it more smooth.

The next part will be the waist: 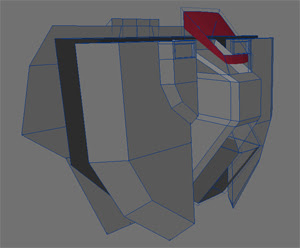 followed with the arms: 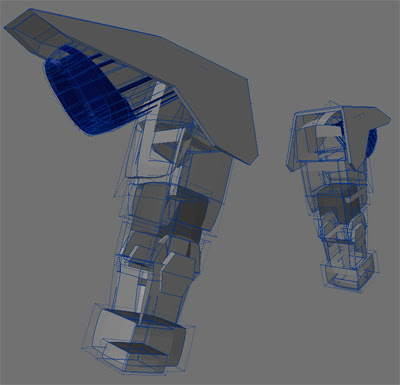 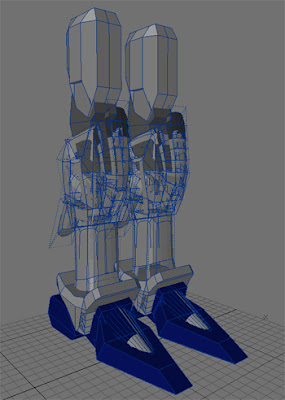 Well this tree parts is consider the easiest from all, just used some blocks and subpatch method. In the end, you need to mirror the object to make a duplicate copy of the object. The hardest part of the model will be the legs part, where i need to use many of capsule or disc object.

The next part will be the wing: 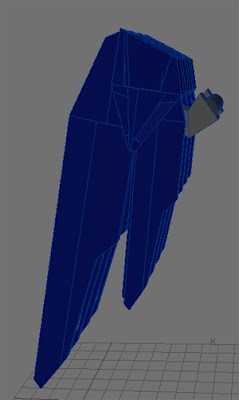 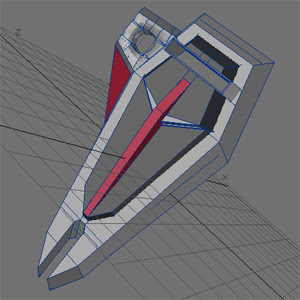 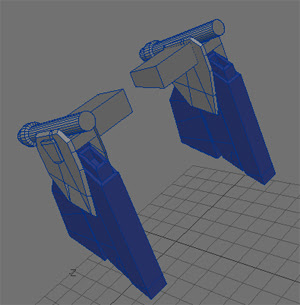 The last hardest part will be the hands: 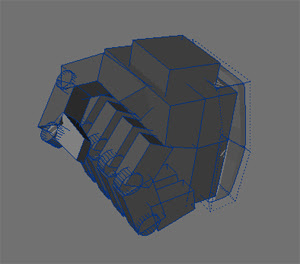 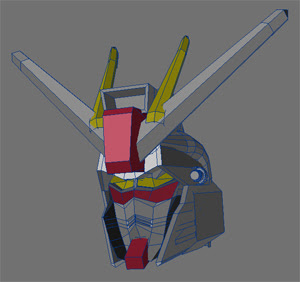 I spent about 160 hours of work in about one and a half month to do the modeling. Of course i want to shape it better, but i just don't have time for that.

To prepare the model for the animation sequence, i need to set up bones for the model. And from that bone, i need to set the limits for every bone movement. In this part i'm struggling with some Lightwave bugs, because the limits doesn't work the way i want. Well this is the Gundam bones. 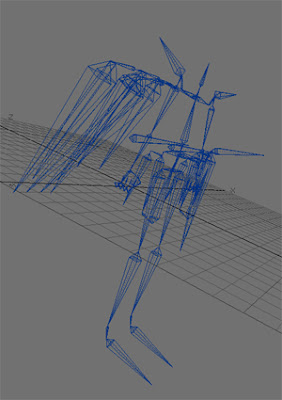 I don't do much in texturing, because i don't have much time for the animation and rendering. I create 2 versions of the Gundam. one with his original texture, and the other with the Justice texture.

The next best part is of course the animation. Well i don't have many rooms to improvise, since my gundam will be on a nursery room. Actually it should only stay there and do nothing. But it will be to boring and affect my credit. So i decided to make it flying around the room.

The rendering took about two and a half weeks. Rendered will be around Christmas Holiday on 2005. At that time, i have 2 PCs and one Laptop in my 16qm dorm. 2 Pcs is a 2,2 Ghz AMD Athlon XP with each 1,5 Gb and 1 Gb DDR RAM. The Laptop have 1,6 Gb. Intel Celeron Modile with 1 Gb. Of DDR RAM. The First two day of rendering makes me realize that is not enough. So i borrowed another AMD PC from my dorm-mate who wants to go on a Christmas Holiday.

Lets say i 'm pleased with the result, but not satisfied. Well maybe if i have more time, i will make my own scene until i'm really satisfied. Who knows. But right now you can enjoy the end result.

Popular posts from this blog